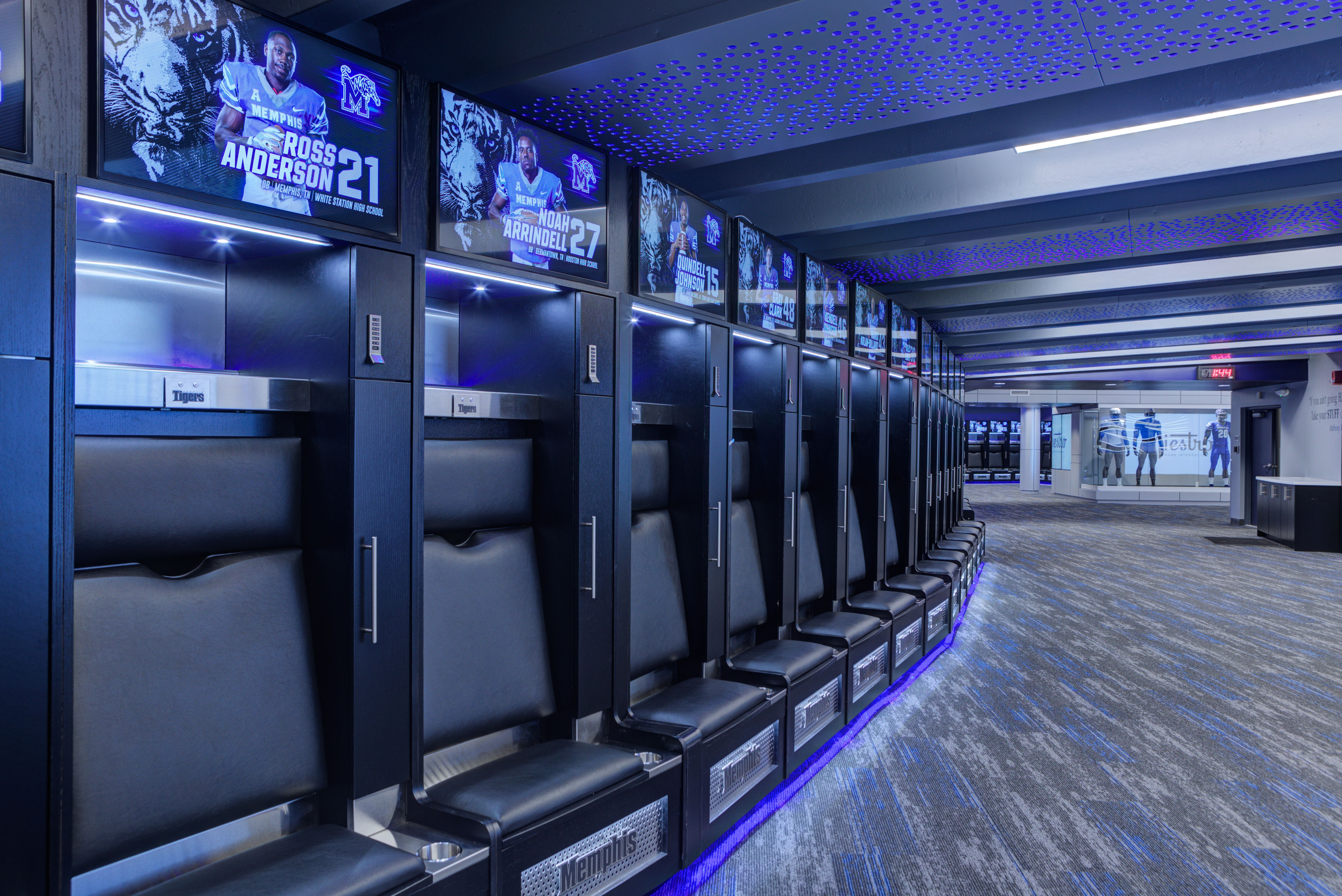 Just Add Power (J+P), a leader in Ultra HD over IP video distribution, has announced that its Ultra HD over IP video distribution system has been installed in the University of Memphis Tigers’ renovated locker room at the Liberty Bowl Memorial Stadium. Tasked with creating a unique atmosphere in the space to wow recruits and pump up players before games, Miestro Home Integration relied on J+P’s solutions to cost-effectively and reliably distribute video content to a variety of video walls and large displays.

“In the past we utilised traditional chassis-based matrix systems for video distribution, but have made the switch to AV over IP,” says Lamar Gibson, president of Miestro Home Integration. “Among the solutions available, we’ve consistently had tremendous success with Just Add Power. Not only is the company’s 3G Ultra HD Over IP system cost-effective, but it delivers outstanding scalability, fast switching, and unmatched reliability.”

The university’s Ultra HD Over IP system offers ultra-low 16 ms of latency from source to screen and supports 4K Ultra HD resolutions and HDMI 2.0 devices with HDCP 2.2. The platform enables seamless switching between any resolution HDMI source as well as uncompressed lossless multichannel audio formats, including Dolby Atmos support. Video wall functionality is built-in for displays installed in portrait and flipped configurations as well as image push, pull, and pop features. An integrated scaler on the receiver automatically adjusts the picture to fit the screen.

Each video source in the Tigers’ locker room — a live feed from the field, four media players that deliver custom content, a Comcast cable box, and a direct feed for a local laptop connection — is equipped with J+P’s VBS-HDIP-707 transmitter. VBS-HDIP-508 PoE receivers are attached to 14 displays and one projector, including four two-panel video walls in horizontal and vertical orientations, a three-panel vertical video wall, a 98-inch display, a 75-inch touchscreen in the coach’s office, and a 65-inch display in the medical bay.

The J+P platform is engineered to provide complete scalability, so expanding the system with an additional screen or source is as simple as adding another receiver or transmitter. This was an important feature for the university, as the locker room also features 105 standalone displays — one above each locker — in addition to three additional touchscreens. With an eye on future expansion, the standalone locker displays and touchscreens have been pre-wired for inclusion in the J+P system.

“In college football, winning requires elite talent and it’s no secret that many schools will go to extraordinary lengths each year to get it,” said Taft Stricklin, sales team manager at J+P. “This installation showcases that AV technology can be used to differentiate a football program from the pack and wow recruits, while highlighting the important role that reliable and flexible video distribution plays in creating these environments. We’re proud to be part of the Tigers’ efforts. And they’ve paid off; their 2019 recruiting class is looking to be the best in the school’s history.”