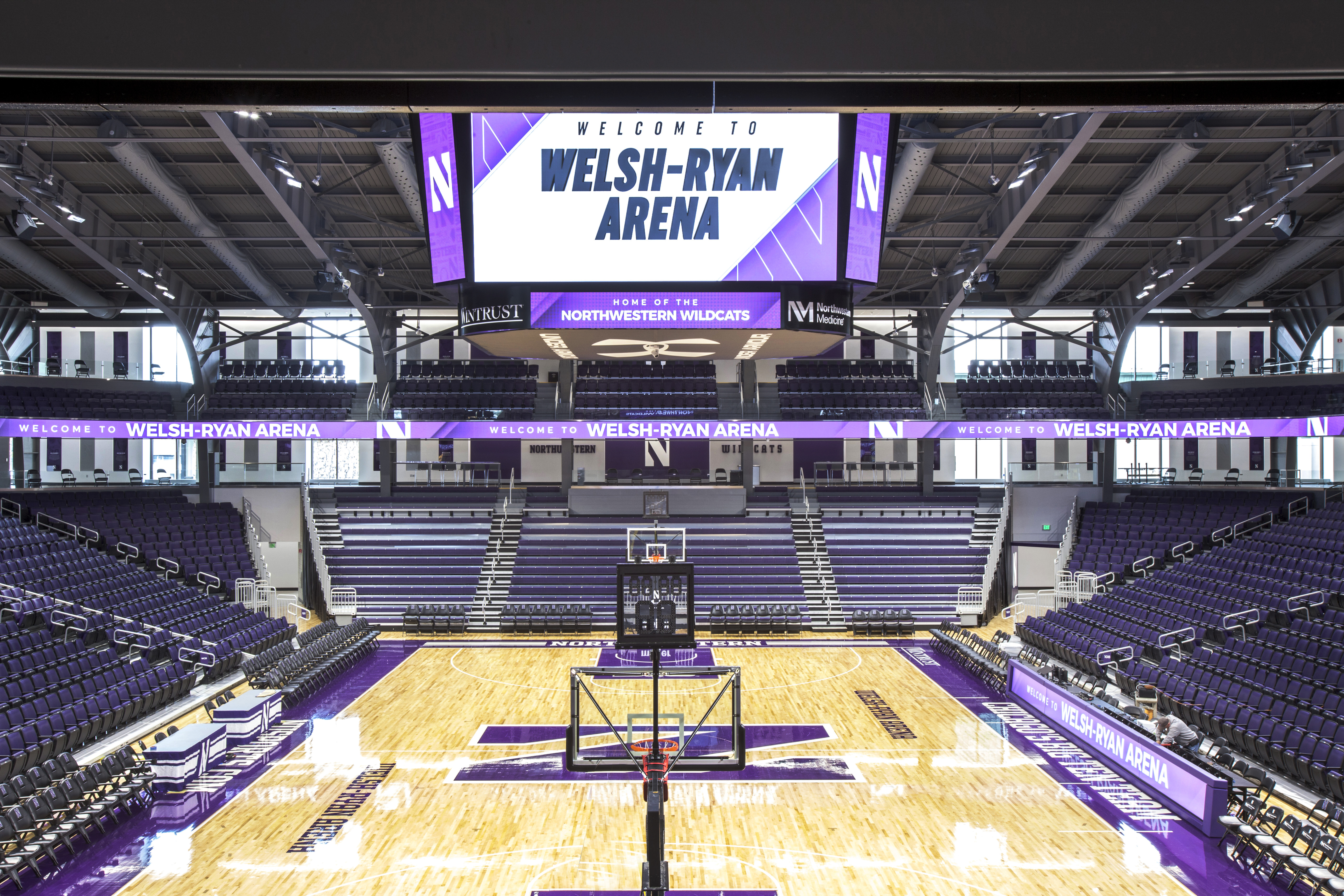 “The Chicago area is home to many professional sports teams and spectacular entertainment venues. This environment has driven our fans to expect a similar memorable and captivating experience at our games,” said Brian Baptiste, NU’s deputy director of athletics for capital projects and operations. “VITEC’s EZ TV puts NU’s Welsh-Ryan Arena in the same class as the top sports facilities in the world. Now — whether fans are attending a basketball game, volleyball game, or wrestling match — screens throughout the venue are delivering all the action happening on the court, with striking digital signage and video wall content, to every corner of the arena.”

As the premier platform for some of the nation’s most advanced sports and entertainment venues, including the Sacramento Kings’ Golden 1 Center and the Green Bay Packers’ Lambeau Field, VITEC’s EZ TV IPTV & Digital Signage Solutions for Sports Venues was an easy choice for NU and Mortensen, the general contractor for the renovation. EZ TV’s high-performance, hardware-based endpoints carry the on-court action to more than 75 displays installed around the concourse, at the concessions, and within the Wilson Club over the facility’s existing network infrastructure, engaging fans while reducing the capital and operational expenses associated with legacy solutions. Within the same centralized platform, the school’s small broadcast operations staff and sponsorship team is able to quickly create and manage video wall content, campaigns, and point-of-sale menu boards while generating new revenue opportunities. VITEC’s 100-percent hardware-based video processors feature ultra-low-latency native playback of IPTV streams up to 4K and support interactive content, video, and imagery transformations. More than 50 displays can be managed from a single processor, including nonstandard layouts and resolutions of TVs. The high-performance solution also supports scalability into the future with VITEC’s mobile app, Media Library, and a suite of modular tools that further streamline media processes from live streaming to recording, archiving, and collaboration – easily allowing users to manage a full digital video experience across an entire venue.

“NU’s Welsh-Ryan Arena is a great example of the IPTV, digital signage, and video content demands facing collegiate athletics today,” said Joe Walsh, VP of Sales, Sports & Entertainment Venues, at VITEC. “With the superior quality, proven reliability, and versality of EZ TV, NU has created an exciting fan experience while being able to meet any future video and streaming requirements down the road. We are proud to be a part of revving up the fan energy and entertainment that will keep fans coming back for years to come.”