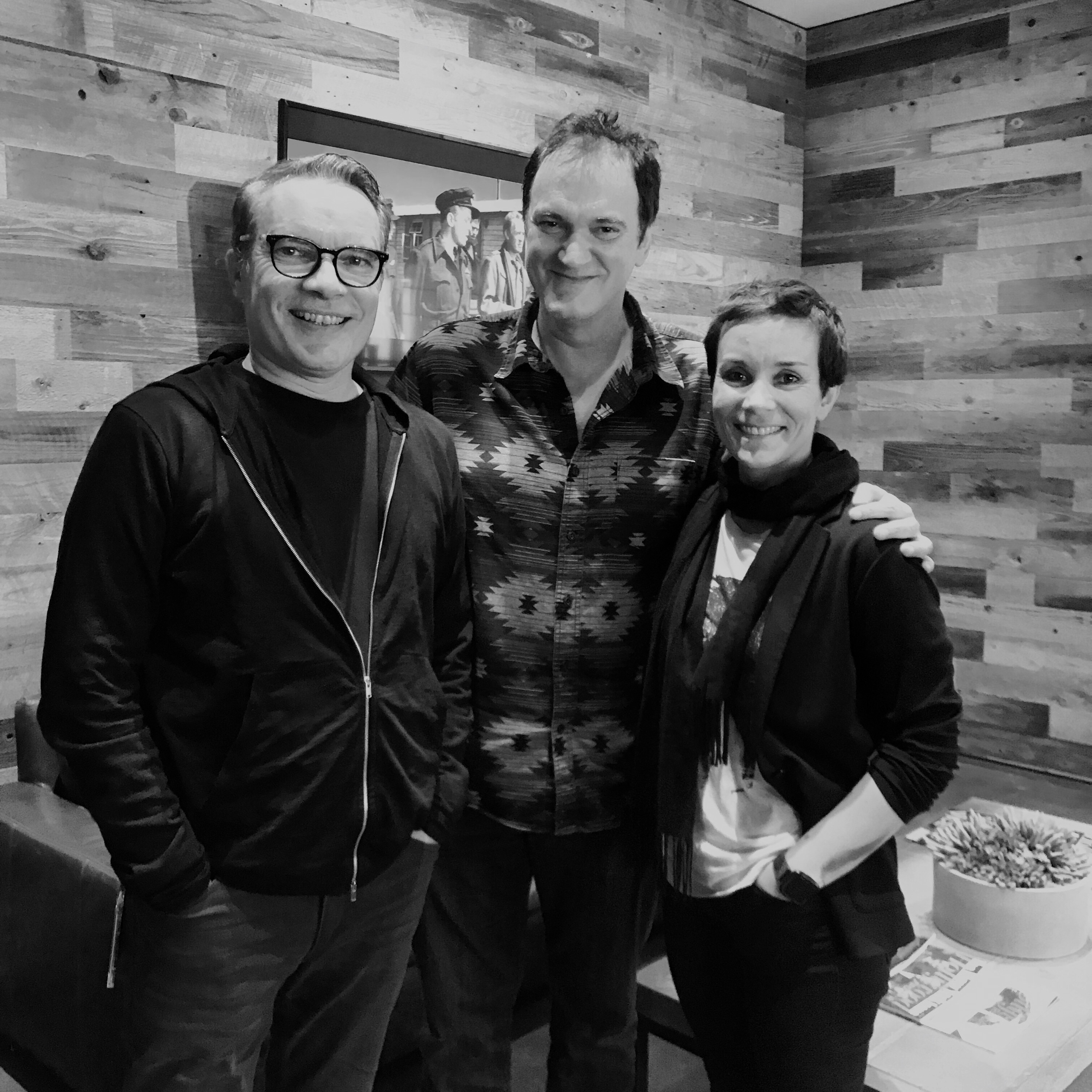 The latest movie written and directed by Quentin Tarantino, Once Upon a Time… in Hollywood, took the 2019 Cannes Film Festival by storm. The film visits late 60’s Los Angeles with colour and vitality realised by cinematographer Robert Richardson.

To create the distinctive vintage look of the period, Yvan Lucas, a veteran DI colourist with a unique international story, made the most of the rich functionality of the Baselight grading platform. Lucas, based in Los Angeles, is a pioneer of colour timing. He started at film lab Éclair in Paris before moving to DI grading and eventually to the US. His career spans over 30 years and ten different labs, and has included creative collaborations with a long list of iconic cinematographers, including Darius Khondji, Robert Richardson and Rodrigo Prieto.

Lucas credits the work he did with Khondji and director Jean-Pierre Jeunet – especially Delicatessen and The City of Lost Children – on launching his international career and leading him to Los Angeles.

With his incredible eye and memory for colour, Lucas has been credited with dailies and DI on over 60 features on both sides of the pond, including Se7en, Amelie, I am Legend, Argo, The Wolf of Wall Street, The Lost City of Z and the upcoming Martin Scorsese film The Irishman. He has become a key figure in the film industry, working with highly regarded directors such as Luc Besson, Jean-Pierre Jeunet, Steven Spielberg and Martin Scorsese. And, of course, Quentin Tarantino.

Once Upon a Time… in Hollywood marks his fourth collaboration with Tarantino – after The Hateful Eight, Django Unchained and Inglourious Basterds.

Because of his natural affinity with the way that Tarantino works, Lucas was tasked with overseeing the look from dailies right through to final colour. DoP Bob Richardson, with whom Yvan has worked on 11 films, collaborated with him and colour scientist Matt Tomlinson to create the show LUT, which was established quite early on.

“Quentin wants to have a digital look exactly as if we had a negative in the lab,” explained Yvan Lucas. “Bob is very particular with his rushes and lighting so all the work on the dailies was very meticulous. This is almost where the final colour happens.

“The dailies were printed directly from negative to the positive print so Quentin could see his dailies on film once a week during production. Every day, I was going to the lab to supervise the print and continue to adjust the details of the tone scale.”

In parallel, associate colourist Elodie Ichter would work on the digital version of the dailies, using FilmLight’s Daylight dailies platform. Lucas would then finesse the final colours.

The emphasis on excellence at the dailies stage, and the strong bond of trust between director, cinematographer and finishing colourist, ensured that what Lucas saw on his Baselight system replicated what had come out of the lab. Tarantino spent just a day discussing the final grade. “He watched the whole movie, then commented that it was as close to a print as possible… a great compliment coming from him,” said Lucas.

“The initial scenery, the live intensity of the cinematography and the nature of the film itself, this is where the magic happens. The overall process is extremely creative,” commented Elodie. “In DI, and especially when it comes to the Dolby Vision HDR version, we really only had to preserve the quality of the blacks you could see on the print while maintaining the contrast and saturation from the primary colours – and the tools are all at our fingerprints in Daylight and Baselight.”

“To me, Baselight is like a Rolls Royce,” Lucas continued. “Base Grade, in particular, has really revolutionised the way colourists grade as it works the same way in every working colour space. I’m not sure that everybody has yet realised its potential and its power.

“I enjoy using Base Grade, especially to touch highlights or if I have to do something in the shadows. It was instrumental on Once upon a Time in Hollywood as I didn’t have to use any windows or keyers – and I could keep within the parameters set by Tarantino.”

Previous:Blackmagic Design Announces DaVinci Resolve 16.1
Next: Blue Post Gets a Handle on 4K and HDR with Quantum and Digistor