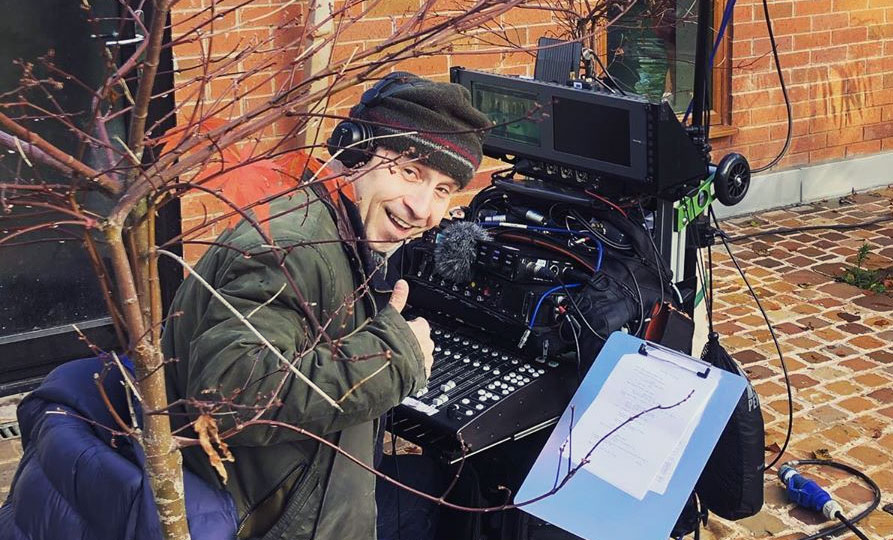 Production Sound Recordist Simon Hornett has an extensive CV, having worked on films, TV dramas and documentaries as well as corporate and commercial videos. He recently told us about his experiences while shooting Man Like Mobeen, a British comedy-drama series set in Small Heath, Birmingham.

“On the recce we discovered that a few of the scenes were going to be shot in an indoor swimming pool. The pool had to have all of its windows and doors closed, so two large extractor fans were going to be running during shooting to reduce the internal moisture. We found that these fans whacked out a lot of noise so I suggested the use of a CEDAR DNS 2 on set to reduce the issues we were facing. On the day, I ran the two CEDAR tracks over the coms and recorded both the untreated tracks and the noise reduced versions. Needless to say, the production team were very happy with what we got.”

He concluded, “I’m happy to provide some insight into this wonderful piece of kit.”

The DNS 2 eliminates traffic noise, air conditioning, wind, rain, babble and general background noise from audio signals and will help to compensate for unfavourable acoustic conditions and poor microphone placement, and will even suppress excessive reverberation.

It’s designed specifically for simplicity of use, and requires nothing more than switching on the Learn function and then dialling in the amount of noise attenuation required. You can slip it inside your pocket or equipment bag, yet it offers analogue line and microphone inputs (the latter with optional 48V phantom powering), an AES3/AES11 digital input, and both analogue and digital outputs, and its 12V power input means that you can use it in the middle of a field as easily as in the studio or the edit suite.

Previous:Sennheiser Announces Webinars on Reality TV, Immersive Audio and Neumann
Next: John Hunter – A1 Mixer – A craft Interview from Calrec