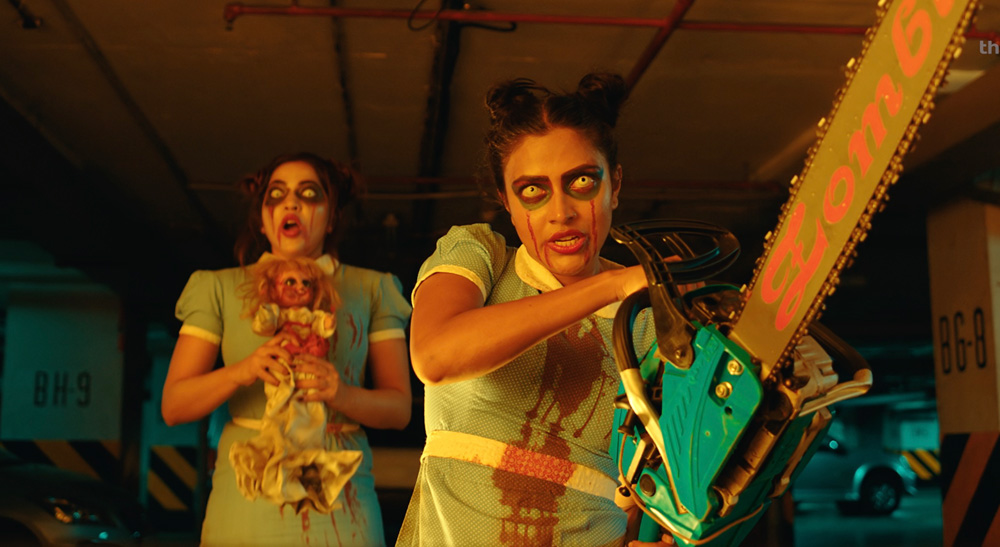 Working on dozens of Indian feature films and TV shows, Balaji started his career as a film editor before moving to DIT and colourist work. Since 2015 he has used DaVinci Resolve Studio on more than 30 films for both colour correction in post-production and on set dailies work.

“AADAI” is a hit thriller film that was released for theatrical distribution in India and across global streaming networks in 2019. The film follows a free-spirited girl, Kamini, who had become famous creating Internet prank videos. One night, she gets the shock of her life when she finds herself alone and naked in an abandoned building after a late-night party and is forced to face her past.

Even though a dark thriller, Balaji was tasked with creating a vibrant, colourful feel to the main character regardless of the dangerous situations and grim locations she finds herself in. In particular, Balaji had to ensure that Kamini’s skin tones were in contrast to the grey abandoned building she found herself in, while at the same time ensure the audience felt she was in a very dangerous and hostile environment.

“With the film, we had to stay true to the cinematographer’s aesthetics and visual style and intent in which he shot the film. Soft contrast and more vibrant colours made sure the viewer would relate to it as if it were larger than life. The biggest challenge we had to overcome was how to manage the face and flesh tone of the lead consistently throughout the film,” Balaji explained. “To do this, we needed the main actress’s skin to pop out and used a teal and orange look, with the skin in the orange zone and rest of the grey building in the teal zone.”

To create a vibrant look for the lead character, he relied on DaVinci Resolve’s face refinement OpenFX plugin heavily to soften the face, pop out the look of her eyes and maintain consistent skin tones. He was able to automatically analyse and track the character’s face, with the feature recognizing the face’s outline and structure and then being able to grade her face separately from the rest of the scene.

Beyond setting the look for Kamini, Balaji was tasked with creating a sense of grim danger around the actress. “We used Resolve’s film emulsion effect with Resolve’s curves feature to draw the attention of the audience to danger. The curves editor allowed me to work quickly and be able to completely control the creation of a warm look that was different from the look and feel of the lead. We created a single node with the look we wanted and then increased and decreased the look using Resolve’s key output level to match each shot, which was really useful,” he continued.

With the film, Balaji wanted to break the stereotype of how India is shown.

“India is a land of vivid colours and we wanted to enhance them and show it. We did a film called Aandavan Kattalai, where we treated the colours very subtly, whereas in AADAI we pushed it to vibrant. We had a wide spectrum of blues, reds and oranges in both these films, and with Resolve, we used the hue vs sat curves with an built in unique colour waveform to check which of the colours peaked, thereby controlling them to our need,” he said.

Balaji also used DaVinci Resolve Studio on the upcoming dark drama “Andhaghaaram.” The film follows a blind conjurer’s struggle for survival, a washed-up cricketer’s fight for deliverance and a desolate psychiatrist’s quest for reclamation that lead them all to a labyrinth of obscurity while their lives are intertwined in a web of deceit, dismay and darkness.

“I try not to approach these various projects I work on as different films, but rather as different genres with different colour palettes. From neutral nature-based visuals to teal and orange to details in deep shadows. With Resolve, I have all the different tools I need to create whatever look I need, and rely on features like Frame.io integration for review, adjustment clip for creating specific looks for a set of clips at one go, image stabilization in the edit page and the new neural engine features like up scaling footage,” he explained.

“Davinci Resolve allows independent filmmakers like me to move from editorial to digital cinematography to colourist. The accessibility, price range and varied tool sets are not possible with any other software,” Balaji finished. 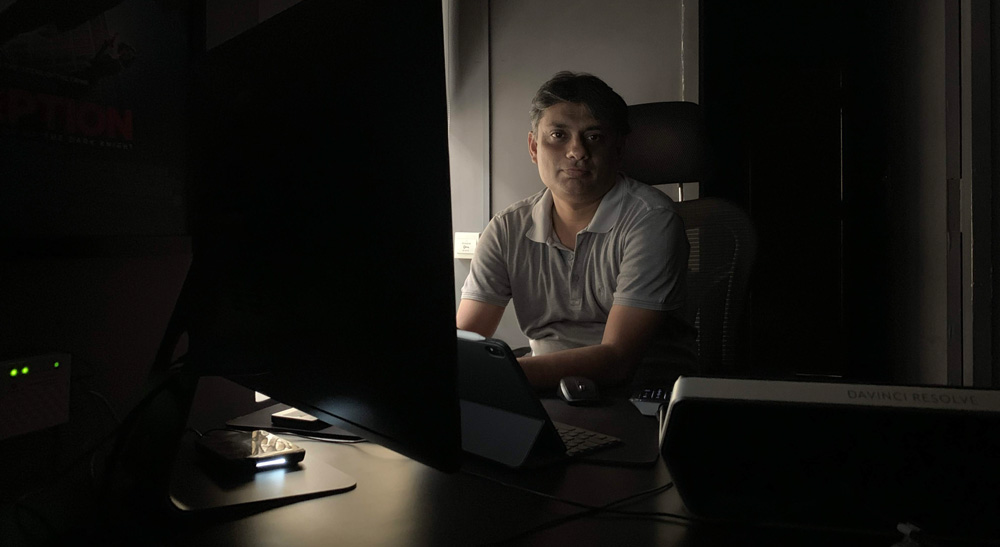