Thaicom to Vacate Spectrum for 5G Use 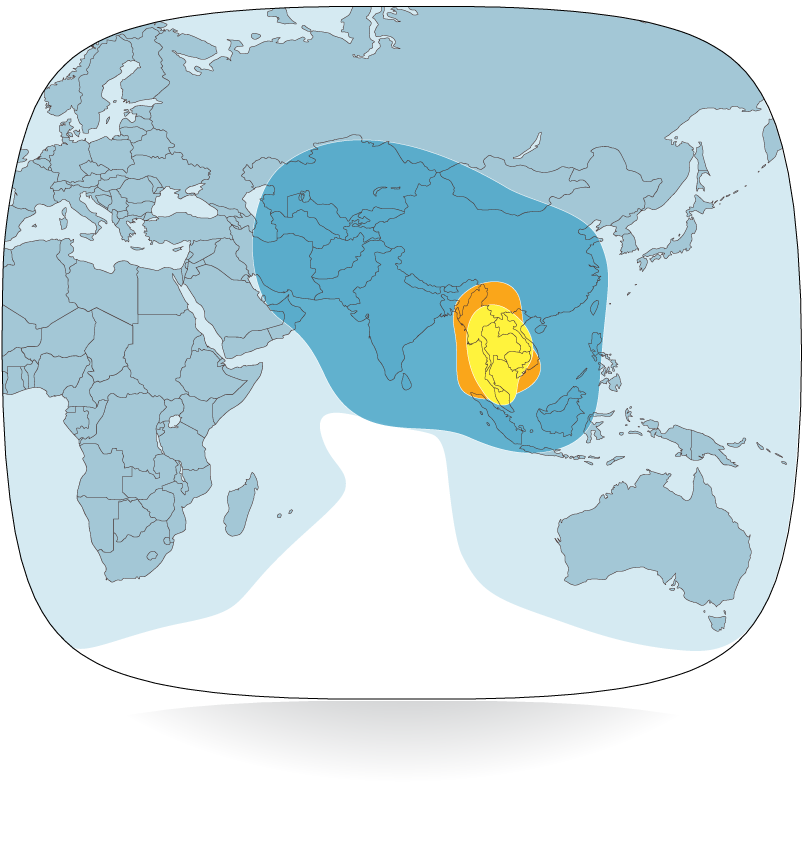 The Bangkok Post reports that satellite service provider Thaicom Plc has agreed to vacate the 3400-3700MHz spectrum range thus freeing it up for auction to use for 5G wireless networks.

Thaicom chief executive Anant Kaewruamgvongs has been quoted as saying the company agreed to cooperate with the National Broadcasting and Telecommunications Commission (NBTC) on the spectrum recall because the regulator has the authority to do so to ensure optimum public benefit under the NBTC law.

The regulator will determine a compensation figure for parties affected by the spectrum recall using a study by three academic institutions appointed by the NBTC.

The 3400-3700MHz range is mainly used by Thaicom 5 which is located at the prime orbital position of 78.5° East. The satellite’s regional beams (pictured) with high-powered Ku-band and C-band payload can provide broadcast and media services over Southeast Asia for DTH and cable distribution. Global beam coverage on Thaicom 5 spans over four continents and can service users in South Asia, Europe, Australia and Africa.