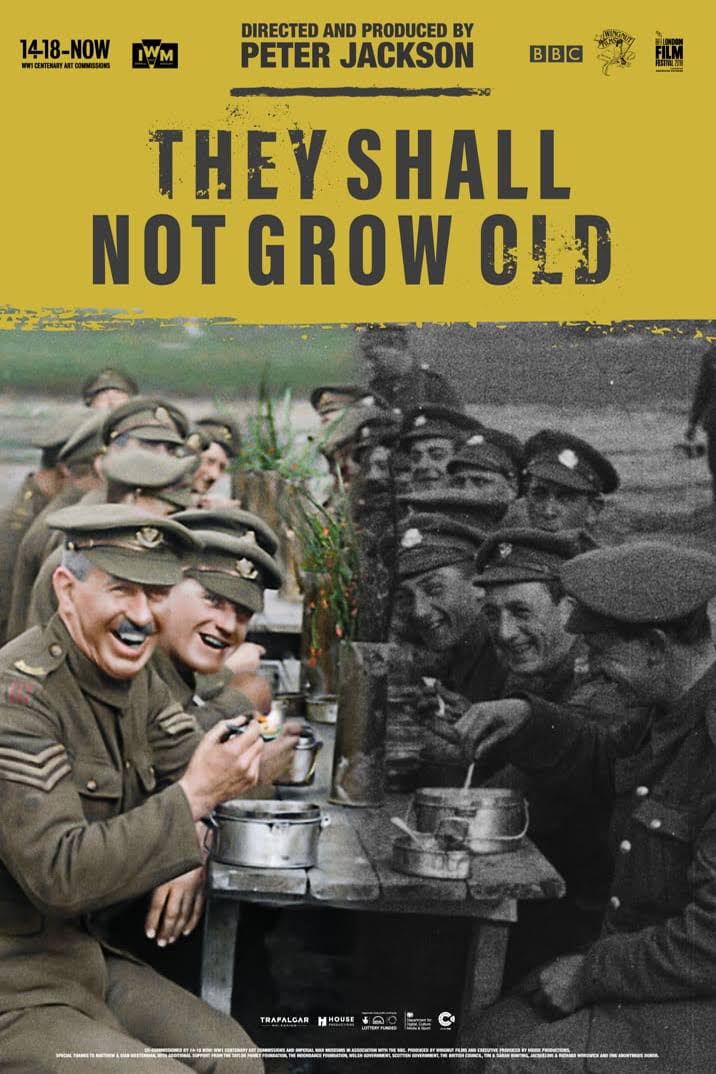 The HPA (Hollywood Post Alliance) has announced that the 2019 HPA Judges Award for Creativity and Innovation will recognise They Shall Not Grow Old.

They Shall Not Grow Old is a documentary film directed and produced by Peter Jackson through WingNut Films. Imperial War Museum (IWM) Director General Diane Lees approached Jackson to help shine a light on overlooked footage from the first World War. The film tells an incredible tale of WWI, by using original, mostly unseen footage of World War I gathered from the IWM archive, and audio from BBC and IWM interviews of British soldiers who fought in the War. Comprising footage that is now 100 years old, They Shall Not Grow Old is an emotional and enlightening vision of the experiences of the soldiers who fought.

The jury for Creativity and Innovation honour the incredible lengths to which Jackson and his colleagues went to telling this story with accuracy and beauty – from the roar of gunfire to forensic lip reading and ADR actors speaking with the same accents and dialects as those in the footage. They have created not just an emotionally powerful film, but a new storytelling approach to archival footage.

The award will be bestowed at the 2019 HPA Awards, November 21 at Skirball Cultural Center.

Previous:Largest Stage Tec NEXUS Network and 12 Mixing Consoles in Use in China
Next: Vietnam’s VTV Upgrades Etere MAM and Archive to 4K