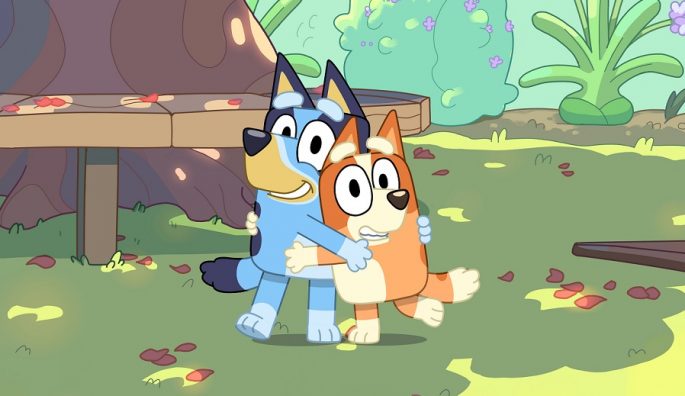 ABC KIDS’ Bluey, produced by Brisbane-based Ludo Studio, is in the running for the prestigious Kids: Preschool Award at the International Emmys, which will be announced in March.

The Logie Award-winning animated series about a six-year-old blue heeler pup and her family – on ABC KIDS at 6.20pm every night and available on iview – is the only Australian finalist for this year’s global children’s programming awards, the nominees for which span 15 countries.

Libbie Doherty, ABC Head of Children’s Content, said:  “Congratulations to the amazingly talented team at Ludo for bringing this hilarious Aussie heeler family to local and international audiences. This International Emmy Award nomination is proof that authentic and entertaining Australian stories resonate with people around the world. Viewers young and old have embraced the heart, warmth and humour of Bluey, Bingo, Chilli and Bandit.”

Bluey is the most-watched program in the history of ABC iview, surpassing 100 million program plays in July 2019. The second series will air on ABC KIDS in 2020.

Bruce Paisner, President and CEO of the International Academy of Television Arts & Sciences, said: “The geographic spread and diversity of topics addressed in this year’s nominated programs attest to the vibrancy and quality of children’s television throughout the world.

“We congratulate the nominees for their outstanding talent and for setting the standard of excellence we expect for young viewers worldwide.”